In response to COVID-19 threatening Australia’s economy, State Governments are working to protect the construction industry, recognising its vital role in Australia’s workforce. In offering stimulus packages, bringing forward projects and minimising tender costs, Australia is aiming to support and save local jobs. Furthermore, this work will provide Australia with much needed upgrades and developments across all states.

Diane Boyce from Hays Globalink is a construction recruitment specialist, and she provides some insight into the current Australian market;

“The NSW government plans to kick start the economy with a A$7.5B Project list in the wake of COVID-19, and the first tranche of “shovel-ready” projects will be confirmed within weeks, planning Minister Rob Stokes has said. Victoria has also fast-tracked approvals for a number of projects worth about $1.5B after establishing a planning task force in response to the crisis.”

In Victoria, the plans to build Australia’s tallest tower have been approved for development, commencing in 2021. The ‘Green Spine’ building in Melbourne will have two twisting towers, with the tallest to hit 365m and the other reaching 253m. Moreover, the project is expected to create 4,700 construction jobs and provide $1 billion additional investment for Melbourne’s building industry. This tower is projected to take five years to complete. Two other substantial developments in Melbourne’s CBD and Flemington have also been approved, while Victorian premier Daniel Andrews presented this month a $2.7 billion construction stimulus.

In Queensland, a development application has been lodged with Brisbane City Council to construct a proposed $450 million in upgrading Toowong Town Centre. Moreover, the Queensland Government plans to spend $100M to fast-track water pipeline construction.

Meanwhile, South Australia is fast-tracking $120M of construction projects. The SA Government has announced a $12.9 billion infrastructure pipeline over a four year period, the largest in the state’s history. This money will be spent on key road and infrastructure projects, to deliver schools, hospitals and affordable housing to South Australia.

The New South Wales Government has announced a $396 million economic stimulus package to safeguard councils, jobs, local services and infrastructure. A project in Auburn worth $269 million has recently been approved and is set to create more than 700 construction jobs.

The Northern Territory is preparing to build the largest ship lift in Northern Australia, cementing Darwin as a major marine services industry hub and creating hundreds of jobs. Construction will begin in 2021. Meanwhile, at Charles Darwin University, construction of a new campus is anticipated to bring hundreds of new staff and thousands of students into the Darwin CBD, whilst also creating a significant number of construction jobs.

The Future of Construction across Australia

As COVID-19 continues to impact global movement, it is positive to see the constructions industry maintaining momentum, providing local jobs and strengthening Australia’s economy. If you are contemplating taking your career to Australia, you should consider assessing your visa eligibility and discussing your employability with Hays Globalink.

Read more about Taking your career to Australia.

See if you are eligible for an Australian Skilled visa. 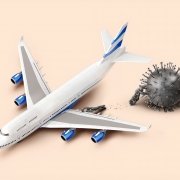 The impact of COVID on Australia’s Migration Programme 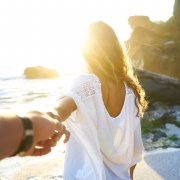 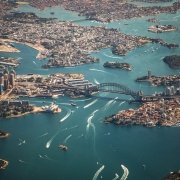 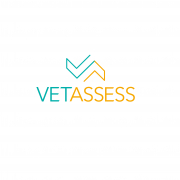 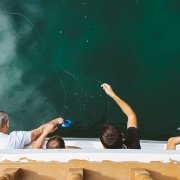 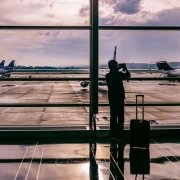 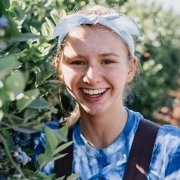 Visa Go Australia
5.0
Based on 16 reviews
See all reviewsWrite a review
I would highly recommend visa go.
Darren always took the time to answer any questions and help me through the process.
Within weeks he had my partner visa submitted and now I have my permanent residency!
I couldn’t thank Darren and the team enough 👍

Chris Lobb
23:35 19 Feb 22
Visa Go Australia are experts in their field.
My case officer, Sue, has been very professional and knowledgeable throughout the process providing great customer service, from providing the documents required to promptly replying to all queries.
So, to Darren, Kimberley and Sue, thank you all for your support to achieve my Visa.

Rosie Whitmarsh
09:38 16 Dec 21
Good and efficient services, clear information on what documents to provide and quick answers to my questions. Got two visas approved with Kimberleys help 😊.

Lesley Botschuyver
03:09 17 Oct 21
Visa Go Australia provided amazing service when applying for a partner visa. They provide great support and advice throughout the process to ensure your application is done perfectly. Kimberley was always very patient answering my questions, and following up on things I missed. I would highly recommend Visa Go to anyone applying for an Australian visa.

Rebecca Wolody
10:01 07 Oct 21
Visa Go were fantastic at helping me secure my partner visa . The whole process was very simple and well explained - and I got the permanent residency after only a few months which was amazing. Kimberley was very helpful and supportive throughout the process and I wouldn’t hesitate to recommend them to anyone!

Sam Hodson
11:11 17 Sep 21
Kimberley and Darren helped myself and my partner with our Australian residencies and we couldn’t be happier. Even through lockdown Kimberley was attentive and on the ball at all times, my visa process took no time at all! I’ve already recommended friends to visa go as they truly know what they are doing and are there to help and make the process as straight forward as possible. Highly recommend!!!

Mary Pegasiou
21:20 16 Sep 21
I used Visa Go to apply for my Partner Visa and I have been super impressed with the service and turnaround time. Kimberley was very thorough with her communication and kept us updated through out the whole process. I can’t recommend the service enough!

Jacob Forrest
14:06 20 Jul 21
My agent with Visa go was Kimberley Chatt. She was fantastic the whole way through. Always had very professional and prompt responses whenever I had a query. I felt like she went above and beyond to help me understand each step of the process. I now have my permanent partner visa in Australia and couldn't be happier. She turned what can often be a long arduous ordeal into a streamlined easy process. I would highly recommend this agency to anyone looking to immigrate to Australia. Thanks again Kimberley!

Ross Findlay
09:00 25 Jan 21
My Husband and I used Visa Go Australia to support us through our Visa process. Our Visa advisor was Sue, Sue was great from start to finish, always so helpful and replied to our emails and calls so quickly.
Our visa process took 11 months (as expected for the visa we applied for) and Sue kept us on track and up to date all the time, extremely organised and always happy to help and provide us with her support.
I highly recommend Visa Go Australia, we couldn't imagine trying to go through this process without Sues help and guidance. Samantha Mills

Samantha Mills
20:05 17 Dec 20
Visa Go provided an excellent service. They were professional, helpful and efficient throughout the visa process and Sue, my designated migration agent, always had words of encouragement to help deal with the tedium of the paperwork. I am a professional and I thought using a migration agent was probably unnecessary. I thought I could manage the paperwork process myself. However, it quickly became clear to me that an agent's assistance was very necessary. Visa Go's knowledge was invaluable and I have no hesitation in recommending their services.

Lorna Balfour
11:07 17 Dec 20
Using Visa Go Australia was the BEST decision we made when planning for our move to Australia. My husband is British and needed an offshore 309 spouse visa. Sue made our life so much easier supporting us every step of the way. I was impressed with her knowledge, every question I had was answered quickly and with confidence. There is a huge amount of time and effort your agent does in the background so that you don't have to. I always felt like a priority and that I was in the safe hands of an expert. Not to mention how kind and friendly the agents are. I would highly recommend this company to anyone - 5 star service!

John Docherty
15:17 19 Aug 20
Visa Go Australia were integral in getting our visas granted, without them the whole process would have been so difficult for us to get everything right, they were always so happy to help no matter how silly the question. They split the process up in to manageable chunks and made sure that we were always ready for the next step which really minimised the stress of it all.
Can't thank Darren and Kimberley enough.
Calam, Charlie and Rory

Chaz Manning
20:16 19 Jul 20
Me and my partner Cynthia have successfully been granted our partner visa for Australia and could definitely not have done it without all of the never ending help from Sue. Any visa process is always stressful, yet they helped so much with any problems we had along the way. I can't recommend this company enough! If you're worried about applying for a visa, you can rest assured that with their experience and knowledge, partnered with how lovely they always are even with the smallest of questions that you will be having your visa granted in no time with minimal stress!
Thank so much for all your help!
Jonas & Cynthia

Jonas Forshaw
12:02 27 Jun 20
We were recently granted a PR Visa and the work that Sue puts in in the background is commendable. Darren and Sue have been great to work with over the last 2 years and we were kept up to date the whole way.
I would highly recommend anyone applying for a visa to do it through them.
They made sure we had all the information at every step of they way and nothing was ever a problem if I called or emailed.
Thank you so much to all of the team!
Denny, Victoria and Caitlyn

Victoria Pullinger
09:12 31 May 20
I can not recommend these enough, was with us all the way, even when things got frustrating, no fault of the company, just how long the process takes. You do have to be patient and understand they have to wait on the migration department. It is worth using an agent. They completed a PMV300 for us and are now doing the next stage. It really does unburden a lot of stress during what is a stressful time. Even long after I was given advice and guidance when the job had already been completed. Honest, reliable and understanding. Thank you and keep well all. Marie & Jodie

Client success story - Employer Sponsorship - "We would recommend an employer sponsorship visa 100%. It has given us an opportunity to provide a better life for our children and enjoy a freer lifestyle in the sun." visa-go.com/2022/06/27/glazier-employer-sponsored-job-in-australia/